Guanaja’s fringing reef is a protected marine reserve making it an ideal spot for scuba diving and snorkeling nearly anywhere offshore the mainland. Part of a volcanic and coral mountain range called The Bonacca Ridge, Guanaja marks the beginning of the second largest barrier reef in the world – the Mesoamerican Barrier Reef. It offers a mixture of pinnacles, vertical walls, lava tunnels, and wrecks including the nearby Jado Trader, one of the most sought-after wrecks in the Caribbean. It also boasts nearly every species of coral growing in the Caribbean Sea, including several species of rare black coral, and sponges of all colors, shapes, and sizes.

Guanaja’s fringing reef is a protected marine reserve making it an ideal spot for scuba diving and snorkeling nearly anywhere offshore the mainland.

Diving the best of the north and south

Boat rides vary from 20 – 30 minutes for dives along the south to up to 45 minutes for dives along the northern coast. Boats generally depart at 8:30 am for the morning 2-tank dive, returning for lunch with the afternoon boat leaving a reasonable time after lunch has concluded. If we are diving the north shore of Guanaja, we will stay out for a three-tank dive and lunch will be prepared during a break between the second and third dive. There are 50+ named Guanaja dive sites, another 6 or so “kept secret” by the Clark’s Cay dive staff for their guests only. More dive sites being discovered every day along the barrier reef off Guanaja and around the numerous cays that surround the island. Below is some information on just a few of our favorite Guanaja dive sites. From discovery dives through professional training

Guanaja offers some of the healthiest coral reefs in the Caribbean. With little to no current, our calm blue waters offer an ideal training environment. Small class sizes or private training ensure you can learn at your own pace and never feel rushed. Much of your training will take place on our roomy dive boats. This enables you to spend time with an enjoy most of the same dives as your traveling companions. 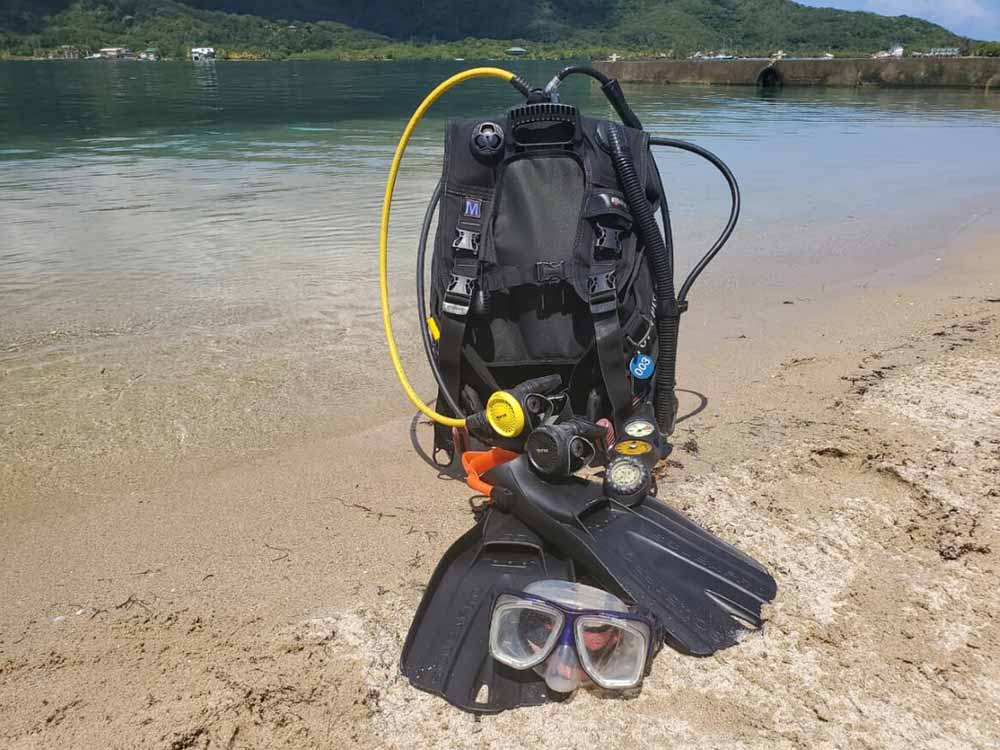 Bring your own gear or rent ours

We have a substantial stock of well maintained rental equipment including weight integrated BCD’s in a variety of sizes, regulators, full foot fins, masks and snorkels, and dive computers. We also have wet suits, but in a limited quantity, so you may wish to consider bringing your own.

Showing our support for protecting the ocean!

Showing our support for protecting the ocean!

Cabañas on Clark's Cay is dedicated to responsible social and environmental business practices that include water conservation, energy reduction, proper waste disposal, use of mooring buoys and respect for local cultures, laws and regulations. 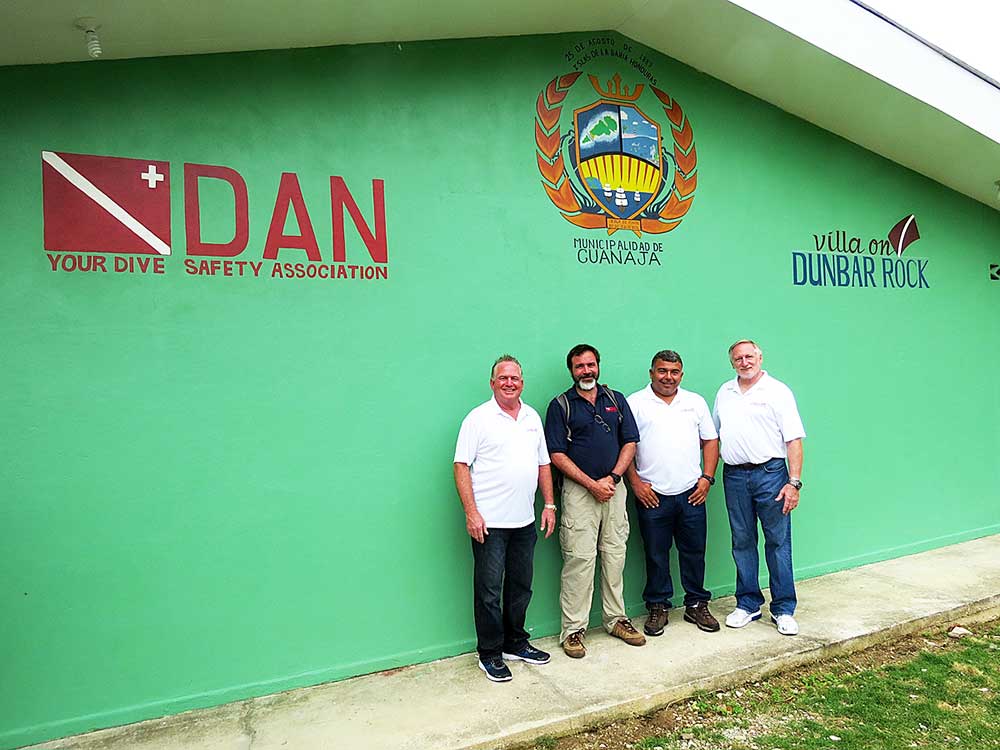 Piece of mind in case the unexpected occurs

Through the combined efforts of many people and agencies, the municipal government can now operate and offer Hyperbaric oxygen therapy not only to the people of Guanaja, but those of the Bay Islands and the nearby Honduran mainland coast as well.